Being a sci-fi fan since birth (so much so that all the “Beam me up, Scotty” teasing I got because of my name actually had the opposite effect and made me feel cool), I grew up on a steady diet of Star Trek. I watched reruns of The Original Series as a kid and watched the entire runs of Next Generation and Deep Space 9 during my later high school years (showing my age much?).

I never thought I’d love a sci-fi universe the way I loved the Federation’s adventures exploring deepest space…but then along came a little underdog cargo ship called Serenity. The adventures of Captain Mal Reynolds and his rag-tag crew running jobs on the outlying planets outside of the watchful eyes of the grand Alliance made me enjoy sci-fi in a way I hadn’t done since I was a kid.

One of the driving forces of that show is the good captain of the Firefly class vessel. He’s a real man’s man. He may not live by the laws but he lives by a code of honor more fitting on John Wayne than on John Dillinger.

When I came across the “Little Damn Heroes” collectibles some time back, I just had to have them adorning my selves! So far, I’ve only seen Mal and Kaylee but they’re both so adorable and fun in that anime style that I can’t wait to fill out my collection.

If you’re a fan of Firefly or Serenity, I don’t have to tell you how cool these things are since you’ve probably not read this far anyway and are well into ordering your own.

If you’re a fan of sci-fi or good storytelling and have yet to see these great shows, do so now and you can join me in the Browncoat army (you’ll know what that means after you watch the show). 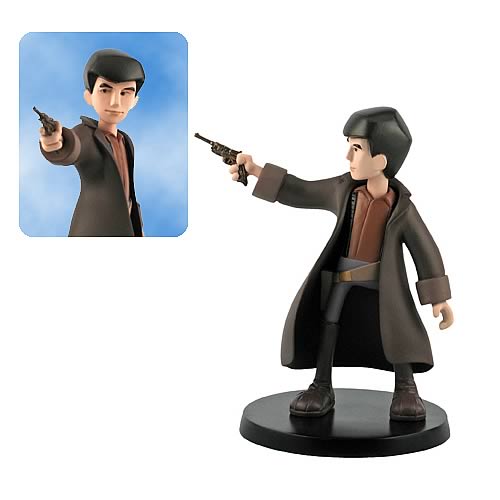 As always, don’t forget to check out the Hyde and Geek blog for more toy goodness!

Posted by: Scott of hydeandgeek.com