I have come to the conclusion that everything is better with bacon.

How do I know this? Let’s do a little test, shall we? Tweet the word bacon. Or post a link in your Facebook, Tumblr or FF and watch the responses roll in. There’s even a site dedicated to bacon!

Bacon, unlike anything else you may randomly discuss, will get an immediate and mostly positive response.

Because, if you think about it — is there anything bacon CAN’T fix?

I mean think about it (Mmmmmm bacon): 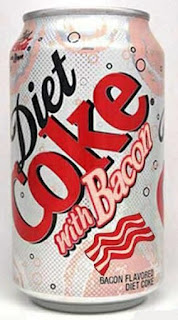 The possibilities are endless ;-)